THE THREE HOSTAGES (Mystery & Adventure Classic) An International Children's Kidnapping Racket With A Race against Time (Including Memoirs & Biography of the Author) von Buchan, John (eBook) 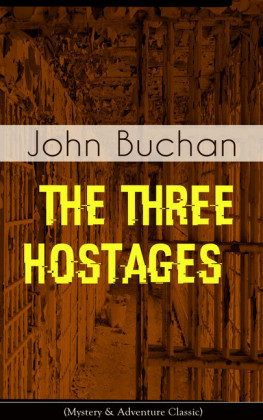 This carefully crafted ebook: 'THE THREE HOSTAGES (Mystery & Adventure Classic)' is formatted for your eReader with a functional and detailed table of contents. After the War, Major-General Sir Richard Hannay is married to Mary and living peacefully in the Cotswolds, when he receives a request to help solve the mysterious kidnapping of the children of three prominent people. Given nothing to go on but a few mysterious clues, Hannay, assisted by friends like Sandy Arbuthnot, must track down the dastardly villains behind the plot before it's too late... John Buchan (1875-1940) was a Scottish novelist and historian and also served as Canada's Governor General. His 100 works include nearly thirty novels, seven collections of short stories and biographies. But, the most famous of his books were the adventure and spy thrillers and it is for these that he is now best remembered. 'That evening, I remember, as I came up through the Mill Meadow, I was feeling peculiarly happy and contented. It was still mid-March, one of those spring days when noon is like May, and only the cold pearly haze at sunset warns a man that he is not done with winter.' (The Three Hostages)

II.
I HEAR OF THE THREE HOSTAGES

There is an odour about a country-house which I love better than any scent in the world. Mary used to say it was a mixture of lamp and dog and wood-smoke, but at Fosse, where there was electric light and no dogs indoors; I fancy it was wood-smoke, tobacco, the old walls, and wafts of the country coming in at the windows. I liked it best in the morning, when there was a touch in it of breakfast cooking, and I used to stand at the top of the staircase and sniff it as I went to my bath. But on the morning I write of I could take no pleasure in it; indeed it seemed to tantalise me with a vision of country peace which had somehow got broken. I couldn't get that confounded letter out of my head. When I read it I had torn it up in disgust, but I found myself going down in my dressing-gown, to the surprise of a housemaid, piecing together the fragments from the wastepaper basket, and reading it again. This time I flung the bits into the new-kindled fire.

I was perfectly resolved that I would have nothing to do with Bullivant or any of his designs, but all the same I could not recapture the serenity which yesterday had clothed me like a garment. I was down to breakfast before Mary, and had finished before she appeared. Then I lit my pipe and started on my usual tour of my domain, but nothing seemed quite the same. It was a soft fresh morning with no frost, and the scillas along the edge of the lake, were like bits of summer sky. The moor-hens were building, and the first daffodils were out in the round grass below the clump of Scots firs, and old George Whaddon was nailing up rabbit wire and whistling through his two remaining teeth, and generally the world was as clear and jolly as spring could make it. But I didn't feel any more that it was really mine, only that I was looking on at a pretty picture. Something had happened to jar the harmony between it and my mind, and I cursed Bullivant and his intrusions.

I returned by the front of the house, and there at the door to my surprise stood a big touring Rolls-Royce. Paddock met me in the hall and handed me a card, on which I read the name of Mr Julius Victor.

I knew it, of course, for the name of one of the richest men in the world, the American banker who had done a lot of Britain's financial business in the War, and was in Europe now at some international conference. I remembered that Blenkiron, who didn't like his race, had once described him to me as 'the whitest Jew since the Apostle Paul.'

In the library I found a tall man standing by the window looking out at our view. He turned as I entered, and I saw a thin face with a neatly trimmed grey beard, and the most worried eyes I have ever seen in a human countenance. Everything about him was spruce and dapper-his beautifully-cut grey suit, his black tie and pink pearl pin, his blue-and-white linen, his exquisitely polished shoes. But the eyes were so wild and anxious that he looked dishevelled.

'General,' he said, and took a step towards me.

We shook hands and I made him sit down.

'I have dropped the "General", if you don't mind,' I said. 'What I want to know is, have you had breakfast?'

He shook his head. 'I had a cup of coffee on the road. I do not eat in the morning.

'Where have you come from, Sir?' I asked.

Well, London is seventy-six miles from us, so he must have started early. I looked curiously at him, and he got out of his chair and began to stride about.

'Sir Richard,' he said, in a low pleasant voice which I could imagine convincing any man he tried it on, 'you are a soldier and a man of the world and will pardon my unconventionality. My business is too urgent to waste time on apologies. I have heard of you from common friends as a man of exceptional resource and courage. I have been told in confidence something of your record. 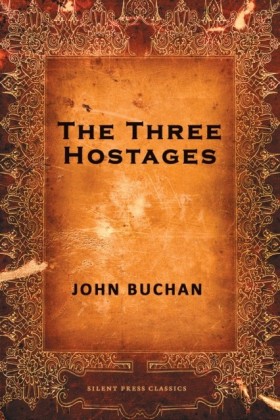 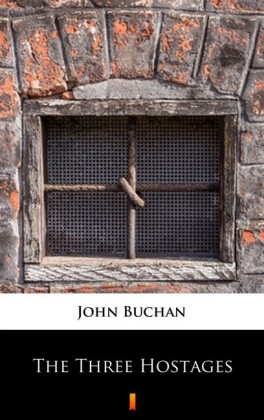 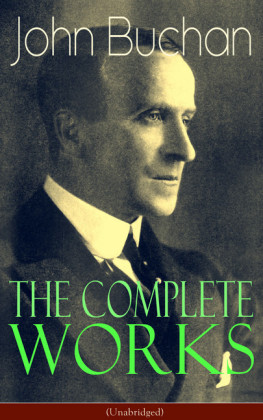 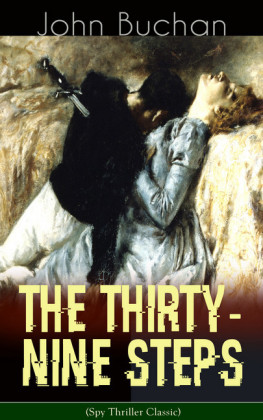 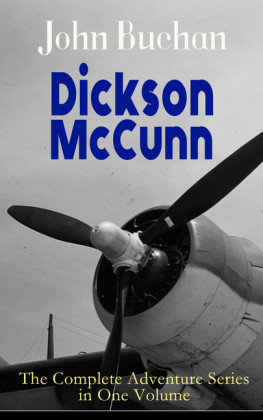 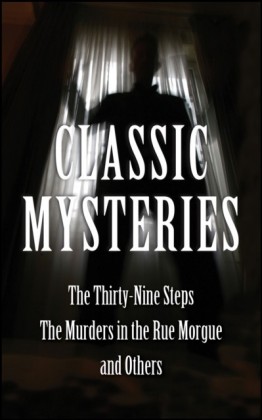 -1%1
Classic Mysteries: The Thirty-Nine Steps, The Murders in the Rue Morgue and Othe
Buchan, John