HENRY HARRISON BROWN Premium Collection: Dollars Want Me + How To Control Fate Through Suggestion + The Call Of The Twentieth Century + The New Emancipation + Concentration: The Road To Success Learn How to Control Your Will Power and Channel the Positive Affirmations in Your Personal & Professional Life von Brown, Henry Harrison (eBook) 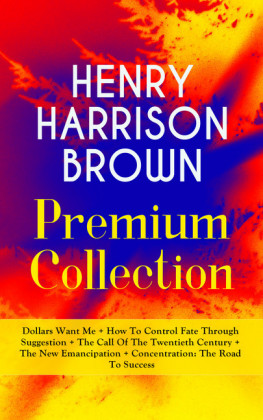 HENRY HARRISON BROWN Premium Collection: Dollars Want Me + How To Control Fate Through Suggestion + The Call Of The Twentieth Century + The New Emancipation + Concentration: The Road To Success

This carefully crafted ebook: 'HENRY HARRISON BROWN Premium Collection: Dollars Want Me + How To Control Fate Through Suggestion + The Call Of The Twentieth Century + The New Emancipation + Concentration: The Road To Success' is formatted for your eReader with a functional and detailed table of contents. Henry Harrison Brown (1840-1918) was an Editor and publisher of NOW in 1900s. He also served in U. S. Volunteers during Civil War from August, 1862, until October, 1865. He had already gained immense experience and reputation in mental healing and teaching since 1893 and his book 'Dollars Want Me' (pub. 1903) ran up to 30 editions in 1917. The concept of New Thought promotes the ideas that Infinite Intelligence, or God, is everywhere, spirit is the totality of real things, true human selfhood is divine, divine thought is a force for good, sickness originates in the mind, and 'right thinking' has a healing effect. It is usually believed that God or Infinite Intelligence is 'supreme, universal, and everlasting', that divinity dwells within each person, that all people are spiritual beings, to heal oneself mentally and emotionally.

HENRY HARRISON BROWN Premium Collection: Dollars Want Me + How To Control Fate Through Suggestion + The Call Of The Twentieth Century + The New Emancipation + Concentration: The Road To Success

The Call of the Twentieth Century

Table of Contents
These addresses were well received. They were carefully prepared. They contain thoughts to which I desire to give a wider circulation. I believe them an important incentive to the unfolding human Consciousness and Conscience.

I have the faith that all the members of the Federation who so kindly elected me its President and New Thought people generally, will be glad to see them in this form.

As an evidence of the Love I bear to, and the appreciation I have for, the Federation and the Principle for which it stands, and because of the importance which I think it has in the development of the race, I dedicate to it this little volume.

Future years will show the great good that this body of men and women, who meet in Love and Truth to inspire, encourage and assist each other, are doing. The New Thought is the one movement for which all past movements have been. It is doing much by the mere Suggestion of its existence, but still greater is the good it is unconsciously doing by the most potent power of the Thought it radiated and the Love which inspires its Thought.

Trusting the All-Good to make these addresses important factors in swelling the "Call" and in hastening the "Emancipation," I add them lovingly to the great trend of public sentiment that is now so increasing that its argosies of Thought fill every sea of literature, bearing treasures richer than the silks of the Orient or the pearls of India.

In Truth and Love I desire this Emancipation for you all.

(As Mr Brown was on a tour when this book was printed, and as he was unable to correct the proof, before going to press, many typographical errors crept in. He has thus tried to correct them as best as he could. - Henry Harrison Brown)

In the Evolution of Life each century has left some distinctive mark upon the race. The student as easily realizes epochs in human history as he does in the geological life of the earth. These epochs begin in twilight and overlap each other. I can now simply note the gift of the nineteenth century to the twentieth. That century was the culmination of an era begun in previous ones. Its great contribution was first the complete verifying and acceptance of "The Law of the Correlation and Conservation of Force." All energy is one. It can neither be created nor destroyed, be neither increased nor diminished. This Energy may change its form but is itself eternal. In the latter half of the century was enunciated the now almost universally accepted Principle of Evolution. The century was pre-eminently a philosophical and scientific one, and all tendencies of these were toward materialism. Herbert Spencer was its highest product in these lines. In him the philosophy of the past culminated. He perceived Unity, but reasoned from duality. It was with him, Energy and something unknowable. He declares that he cannot think of Spirit in terms of matter nor of Consciousness in terms of energy. Life and Intelligence is something added to his Unity. Thus while his philosophy is materialistic to the mass, it is noncommittal to himself. He represents the fruit of the scientific and materialistic tendencies of the nineteenth century. He is the last of a long line, and distinguished line, that through the study of objective phenomena have at last brought the human mind to the understanding of Unity. From this we have given us the Affirmation-All is Mind. Spencer will have no successor, for out of the old the New is born. The last student of Duality has given his volume and closed the discussion. The New Century calls for new men and new themes. The First century of our era began with the recognition of Universal Life, as evolved in the Human Soul to Love. "God is Love.""Love God and Love your Brother." The NEW COMMANDMENT is t 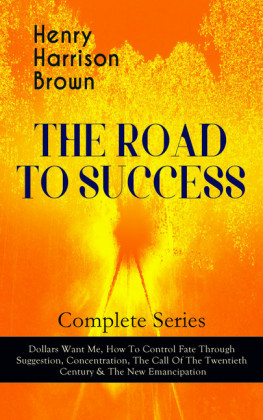 THE ROAD TO SUCCESS - Complete Series: Dollars Want Me, How To Control Fate Through Suggestion, Concentration, The Call Of The Twentieth Century & The New Emancipation
Brown, Henry Harrison
0,49 € 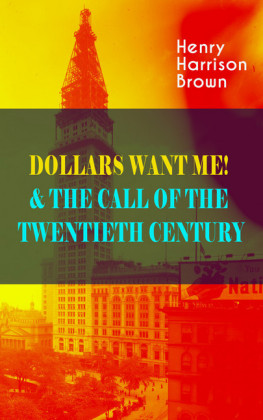 DOLLARS WANT ME! & THE CALL OF THE TWENTIETH CENTURY
Brown, Henry Harrison
0,49 € 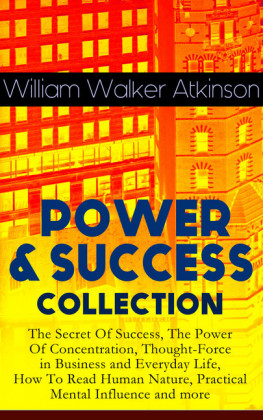 POWER & SUCCESS COLLECTION: The Secret Of Success, The Power Of Concentration, Thought-Force in Business and Everyday Life, How To Read Human Nature, Practical Mental Influence and more
Atkinson, William Walker
0,49 € 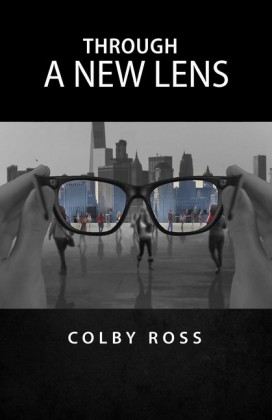 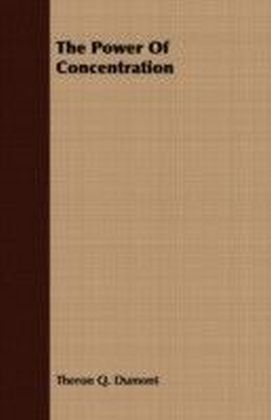 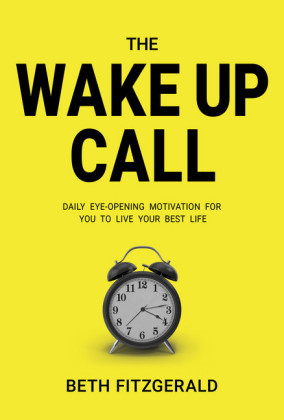