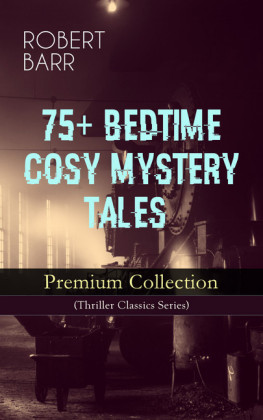 This carefully crafted ebook: '75+ BEDTIME COSY MYSTERY TALES - Premium Collection (Thriller Classics Series)' is formatted for your eReader with a functional and detailed table of contents: The Mystery of the Five Hundred Diamonds The Siamese Twin of a Bomb-Thrower The Clue of the Silver Spoons Lord Chizelrigg's Missing Fortune The Absent-Minded Coterie The Ghost with the Club-Foot The Liberation of Wyoming Ed Lady Alicia's Emeralds The Adventures of Sherlaw Kombs The Adventure of the Second Swag An Alpine Divorce Which Was The Murderer? A Dynamite Explosion An Electrical Slip The Vengeance of the Dead Over The Stelvio Pass The Hour and the Man 'And the Rigour of the Game' The Woman of Stone The Chemistry of Anarchy The Fear of It The Metamorphoses of Johnson The Reclamation of Joe Hollends The Type-Written Letter A New Explosive The Great Pegram Mystery Playing With Marked Cards The Count's Apology Converted An Invitation The Long Ladder 'Gentlemen: The King!' The Hour-Glass In a Steamer Chair Mrs. Tremain A Society for the Reformation of Poker Players The Terrible Experience of Plodkins A Case of Fever How the Captain Got His Steamer Out Miss McMillan 'How Finley McGillis Held the Pier' How to Write a Short Story . . . Literary Article: 'Canadian literature' Robert Barr (1849-1912) was a Scottish-Canadian short story writer and novelist, born in Glasgow, Scotland. His famous detective character Eugéne Valmont, fashioned after Sherlock Holmes, is said to be the inspiration behind Agatha Christie's Hercule Poirot.

The Siamese Twin of a Bomb-Thrower

Table of Contents
The events previously related in 'The Mystery of the Five Hundred Diamonds' led to my dismissal by the French Government. It was not because I had arrested an innocent man; I had done that dozens of times before, with nothing said about it. It was not because I had followed a wrong clue, or because I had failed to solve the mystery of the five hundred diamonds. Every detective follows a wrong clue now and then, and every detective fails more often than he cares to admit. No. All these things would not have shaken my position, but the newspapers were so fortunate as to find something humorous in the case, and for weeks Paris rang with laughter over my exploits and my defeat. The fact that the chief French detective had placed the most celebrated English detective into prison, and that each of them were busily sleuth-hounding a bogus clue, deliberately flung across their path by an amateur, roused all France to great hilarity. The Government was furious. The Englishman was released and I was dismissed. Since the year 1893 I have been a resident of London.

When a man is, as one might say, the guest of a country, it does not become him to criticise that country. I have studied this strange people with interest, and often with astonishment, and if I now set down some of the differences between the English and the French, I trust that no note of criticism of the former will appear, even when my sympathies are entirely with the latter. These differences have sunk deeply into my mind, because, during the first years of my stay in London my lack of understanding them was often a cause of my own failure when I thought I had success in hand. Many a time did I come to the verge of starvation in Soho, through not appreciating the peculiar trend of mind which causes an Englishman to do inexplicable things-that is, of course, from my Gallic standpoint.

For instance, an arrested man is presumed to be innocent until he is proved guilty. In England, if a murderer is caught red-handed over his victim, he is held guiltless until the judge sentences him. In France we make no such foolish assumption, and although I admit that innocent men have sometimes been punished, my experience enables me to state very emphatically that this happens not nearly so often as the public imagines. In ninety-nine cases out of a hundred an innocent man can at once prove his innocence without the least difficulty. I hold it is his duty towards the State to run the very slight risk of unjust imprisonment in order that obstacles may not be thrown in the way of the conviction of real criminals. But it is impossible to persuade an Englishman of this. Mon Dieu! I have tried it often enough.

Never shall I forget the bitterness of my disappointment when I captured Felini, the Italian anarchist, in connection with the Greenwich Park murder. At this time-it gives me no shame to confess it-I was myself living in Soho, in a state of extreme poverty. Having been employed so long by the French Government, I had formed the absurd idea that the future depended on my getting, not exactly a similar connection with Scotland Yard, but at least a subordinate position on the police force which would enable me to prove my capabilities, and lead to promotion. I had no knowledge, at that time, of the immense income which awaited me entirely outside the Government circle. Whether it is contempt for the foreigner, as has often been stated, or that native stolidity which spells complacency, the British official of any class rarely thinks it worth his while to discover the real cause of things in France, or Germany, or Russia, but plods heavily on from one mistake to another. Take, for example, those periodical outbursts of hatred against England which appear in the Continental Press. They create a dangerous international situation, and more than once have brought Britain to th 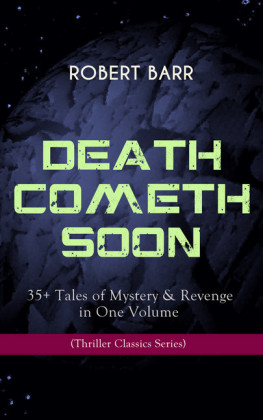 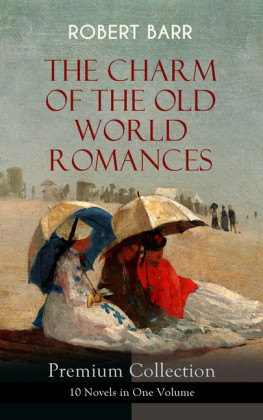 THE CHARM OF THE OLD WORLD ROMANCES - Premium Collection: 10 Novels in One Volume
Barr, Robert
0,49 € 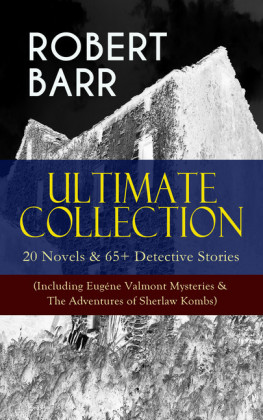 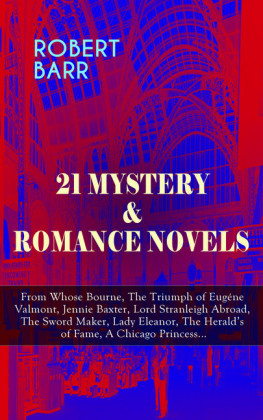 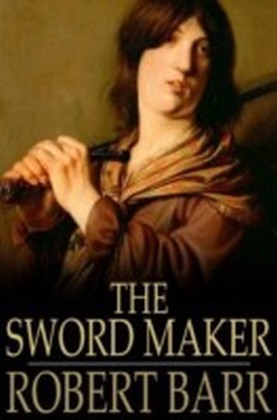 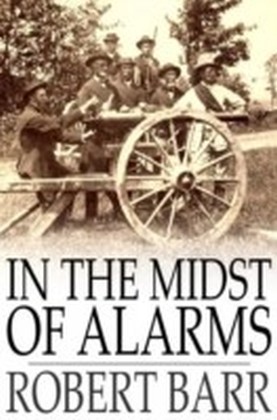