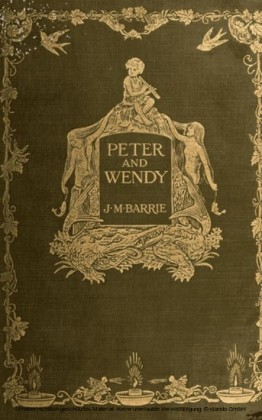 Peter Pan; or, the Boy Who Wouldn't Grow Up or Peter and Wendy is J. M. Barrie's most famous work, in the form of a 1904 play and a 1911 novel. Both versions tell the story of Peter Pan, a mischievous yet innocent little boy who can fly, and has many adventures on the island of Neverland that is inhabited by mermaids, fairies, Native Americans and pirates. Peter has many stories involving Wendy Darling and her two brothers, his fairy Tinker Bell, the Lost Boys, and the pirate Captain Hook. The play and novel were inspired by Barrie's friendship with the Llewelyn Davies family. Barrie continued to revise the play for years after its debut until publication of the play script in 1928.

Mrs. Darling screamed, and, as if in answer to a bell, the door opened, and Nana entered, returned from her evening out. She growled and sprang at the boy, who leapt lightly through the window. Again Mrs. Darling screamed, this time in distress for him, for she thought he was killed, and she ran down into the street to look for his little body, but it was not there; and she looked up, and in the black night she could see nothing but what she thought was a shooting star.

She returned to the nursery, and found Nana with something in her mouth, which proved to be the boy's shadow. As he leapt at the window Nana had closed it quickly, too late to catch him, but his shadow had not had time to get out; slam went the window and snapped it off.

You may be sure Mrs. Darling examined the shadow carefully, but it was quite the ordinary kind.

Nana had no doubt of what was the best thing to do with this shadow. She hung it out at the window, meaning 'He is sure to come back for it; let us put it where he can get it easily without disturbing the children.'

But unfortunately Mrs. Darling could not leave it hanging out at the window; it looked so like the washing and lowered the whole tone of the house. She thought of showing it to Mr. Darling, but he was totting up winter greatcoats for John and Michael, with a wet towel round his head to keep his brain clear, and it seemed a shame to trouble him; besides, she knew exactly what he would say: 'It all comes of having a dog for a nurse.'

She decided to roll the shadow up and put it away carefully in a drawer, until a fitting opportunity came for telling her husband. Ah me!

The opportunity came a week later, on that never-to-be-forgotten Friday. Of course it was a Friday.

'I ought to have been specially careful on a Friday,' she used to say afterwards to her husband, while perhaps Nana was on the other side of her, holding her hand.

'No, no,' Mr. Darling always said, 'I am responsible for it all. I, George Darling, did it. Mea culpa, mea culpa. ' He had had a classical education.

They sat thus night after night recalling that fatal Friday, till every detail of it was stamped on their brains and came through on the other side like the faces on a bad coinage.

'If only I had not accepted that invitation to dine at 27,' Mrs. Darling said.

'If only I had not poured my medicine into Nana's bowl,' said Mr. Darling.

'If only I had pretended to like the medicine,' was what Nana's wet eyes said.

'My liking for parties, George.'

'My fatal gift of humour, dearest.'

'My touchiness about trifles, dear master and mistress.'

Then one or more of them would break down altogether; Nana at the thought, 'It's true, it's true, they ought not to have had a dog for a nurse.' Many a time it was Mr. Darling who put the handkerchief to Nana's eyes.

'That fiend!' Mr. Darling would cry, and Nana's bark was the echo of it, but Mrs. Darling never upbraided Peter; there was something in the right-hand corner of her mouth that wanted her not to call Peter names.

They would sit there in the empty nursery, recalling fondly every smallest detail of that dreadful evening. It had begun so uneventfully, so precisely like a hundred other evenings, with Nana putting on the water for Michael's bath and carrying him to it on her back.

Then Mrs. Darling had come in, wearing her white evening-gown. She had dressed early because Wendy so loved to see her in her evening-gown, with the necklace George had given her. She was wearing Wendy's bracelet on her arm; she had asked for the loan of it. W 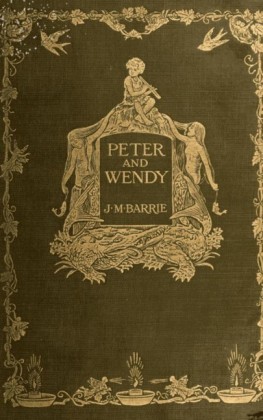 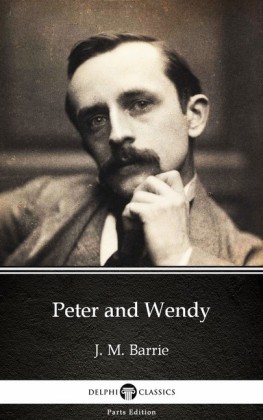 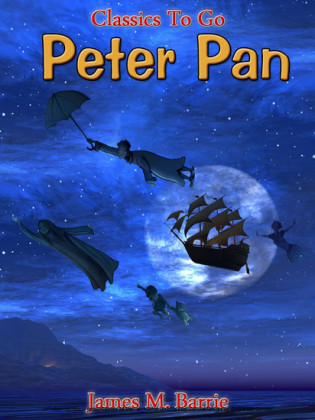 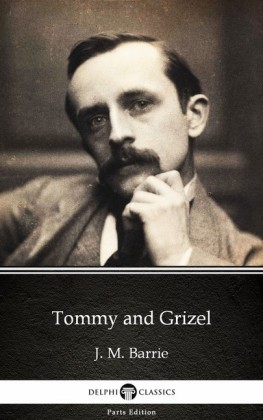 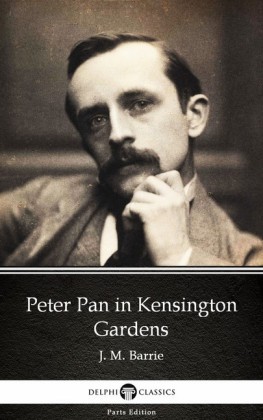 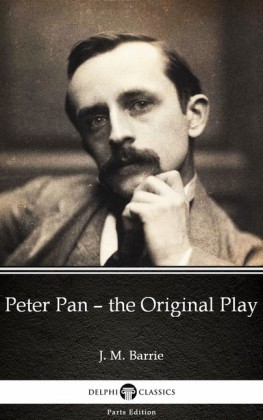