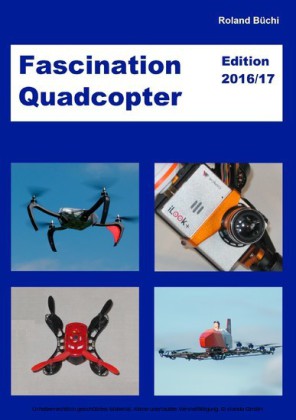 For quadcopters there are many names. They are also called quadrocopter, quadricopter, drone, multicopter or simply 'UFO'. This type of model construction is very young. It began early in the new millennium with commercial products for flying camera inspections. One sees quadcopters in all sizes and price ranges on the market. They start with the toy quadcopters, which are small and, despite their low price, often surprisingly robust. In this model division, a similar trend can be observed as with helicopter and airplane models. The smaller and cheaper systems are often built as 'ready to fly', while larger systems are often available as kits. Contents: - Functionality - Ready to fly quadcopters - Components - GPS, photo and film flight - Flight mechanics - Setting the controller - Dimensioning of motors and propellers - Special shapes, tri-, hexa- and octocopters - Initial operation, sources of errors and flight

Quadcopters are aircraft with four propellers. They have the same control capabilities as helicopters. Figure 1 illustrates this. The stick assignment of the remote control, as shown in Figure 2 , is most commonly selected. However there are also model pilots who swap the left and right sides.

The immediate question is now how a quadcopter can be controlled physically with the above functions. A helicopter will again serve as a comparison.

'Nick' and 'Roll' is realized with a so-called swash plate. This provides at the end an angle-shift of the main rotor force axis to the fuselage. 'Gas' is provided by 'pitching', which is achieved by changing the pitch of the rotor blades. 'Yaw' is realized by a change in speed of the tail rotor. Some models also reach yaw by pitching the tail rotor blades.

Anyone who has ever built and flown helicopters knows that this requires quite a complex mechanism. A hard landing is rarely forgiven: bent rods, ragged ball heads and expensive repairs are the consequence. Many have thus abandoned the model helicopter hobby, the so-called pinnacle of model aircraft.

Quadrocopters, which - as mentioned above - have the same control options as helicopters, in contrast stand out by virtue of their much simpler and thereby massively less sensitive mechanics: There are four motors, which are rigidly connected with two right- and two left-rotating propellers - and that's all. Everything else is provided by a small electronic control board 1 . Figure 3 illustrates this.

Figure 3: Two left- and right-rotating propellers, view from top side .

'Nick' is physically achieved by a change in speed of the upper and lower propeller (see Figure 3 ). To move the quadcopter in the X direction, the lower propeller is turning faster and the upper one slower. Thus, an inclination in the direction of the x-axis is achieved.

The main rotor of a helicopter produces a torque about the vertical axis (z) because of its twisting. The tail rotor serves to compensate for that torque. The two right- and left-rotating propellers of the quadcopter do this job instead. Thus a tail rotor is not needed. 'Yaw' is achieved by ensuring that both left and right propellers have a different speed than both upper and lower ones. A counterclockwise yaw (viewed from above) requires a higher speed of the upper and lower propeller and a lower speed of the left and right one.

A change in 'Gas' requires a change in the speed of all propellers together. During the climb flight, all propellers have a higher speed. As mentioned above, quadcopters and helicopters are controlled by the same functions and also have the same possibilities of movement - almost. Because of the control over the speed of 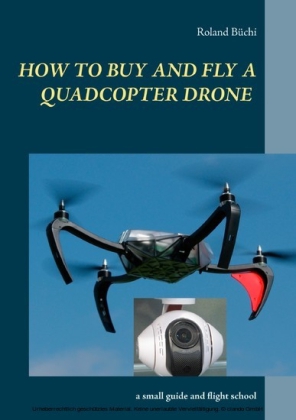 How to buy and fly a quadcopter drone
Büchi, Roland
2,99 € 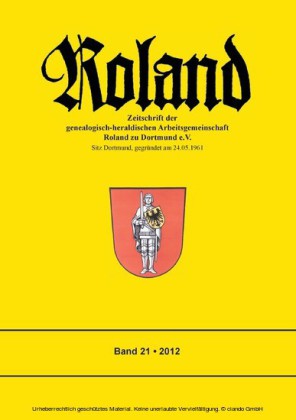 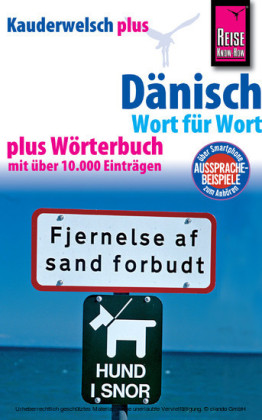 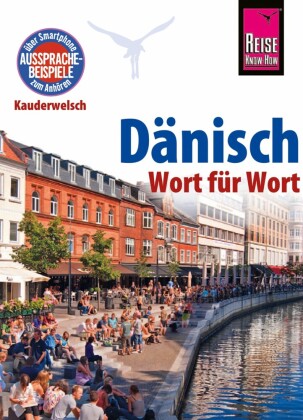 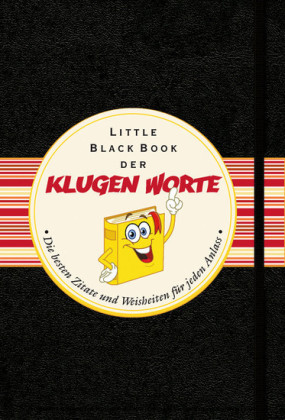 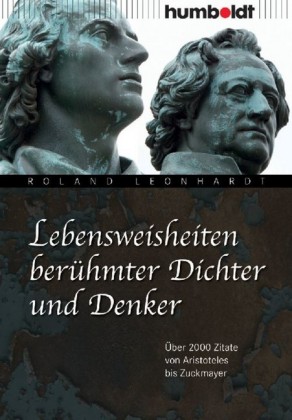