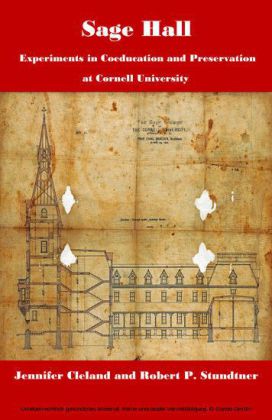 Sage Hall: Experiments in Coeducation and Preservation at Cornell University

Sage Hall: Experiments in Coeducation and Preservation at Cornell University tells the story of Sage Hall, built as a women's residence in 1874, which made coeducation at Cornell possible. The history of the building, which was financed and endowed by Henry Sage on the condition that the University would provide an education for women equal to that of Cornell men, reflects the early feminist movement in upstate New York, and the social reformism of the founders of the University. The book also relates the controversial 1996-98 renovation of the building that 'melon-balled' the structure, completely replacing the dilapidated interior while retaining the historic brick exterior walls, to create a new home for the Johnson Graduate School of Management. The story of the authors' courtship is woven into the narrative of the challenging renovation project, which was managed by the coauthor, and incorporates the entertaining project updates that he sent out to the Cornell community.

Sage Hall: Experiments in Coeducation and Preservation at Cornell University

Ezra Cornell, the founder of Cornell University, Andrew D. White, its first president, and Henry Sage, the patron who financed the construction and endowment of Sage Hall, were very different men, but they had the 19 th century and upstate New York in common. Their personal experiences and beliefs shaped Cornell University, in particular the coeducational institution that its founders had visualized from the outset. While Cornell, Sage and White disagreed about some tenets of the feminist cause that was emerging in the region, each of them had his own reasons for supporting a woman's right to an education in the 19 th century.

Cornell was an unlikely founder of a world-class university, born to neither wealth nor social prestige. The eldest child of Quakers whose ancestors sought religious freedom in America, Ezra was born in 1807 in what is now the Bronx, New York. His father, Elijah, was a potter, and adverse economic conditions in 1818 led the family of eight to decamp to an unworked farm in DeRuyter, New York, northeast of Ithaca. In November and December of that year, the family traveled by covered wagon to their 150 acres on Crum Hill, in an area still known as Quaker Basin. Ezra helped his father build a log house and a kiln, and assisted him with his pottery business; occasionally he attended school in the winter, following a curriculum that led to what would now be considered a fifth grade education.

Ezra embraced the work ethic of his parents, and was a precocious autodidact. Some anecdotes of his youth suggest the native wit and determination that contributed to his eventual achievements. At the age of seventeen, during the construction of a workshop for his father, he noticed a mistake in the design. According to his brother-in-law's memoir, when Ezra pointed it out the boss "foamed with rage, and father reprimanded me for my presumption and impudence. I, however, was not to be put down by angry words, for I knew I was right, and I insisted upon it and at last secured an examination of the subject by some other carpenters who worked on the frame. They saw the error and took sides with me, and the 'boss' had finally to give it up and correct his mistake." In the aftermath of the small-town controversy, the local guild of carpenters even tried to sabotage Ezra's construction of the building. Finally, Ezra's structure was "pronounced by all hands the best one that had ever been raised in the neighborhood. My triumph was so complete on this occasion that my friends mounted me on their shoulders and marched me around the frame in the highest glee of enthusiasm." This youthful sense of self-vindication would serve him well in his future endeavors, when he often pitted his convictions against those of his adversaries.

Leaving home at the age of nineteen, Cornell walked from DeRuyter to Ithaca, about thirty miles, looking for work. The fledgling port city on the south end of Cayuga Lake was a gateway to the newly constructed Erie Canal, linking Ithaca to New York City and the east coast as well as to the new western frontier, and profited from the booming trade in lumber and salt.

Cornell found work at Jeremiah Beebe's gypsum and flour mills at the foot of Ithaca Falls, and within a year became the mechanic of the operation. In an engineering feat that seems to defy explanation other than his native intelligence, Ezra built a dam above the falls and blasted a tunnel through the rock to channel the water that powered the mill, replacing an unreliable wooden sluiceway suspended from the top of the falls. The two shafts of the 200-foot long, 15-foot high tunnel met up within a few inches. This accomplishmen 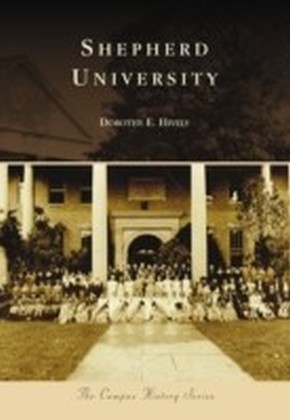 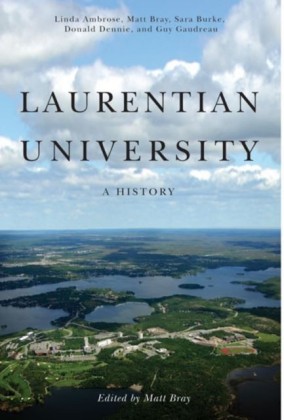 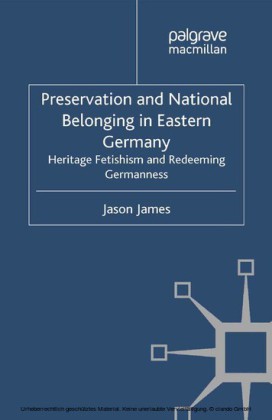 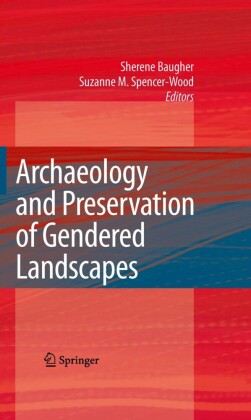 Archaeology and Preservation of Gendered Landscapes
142,79 €